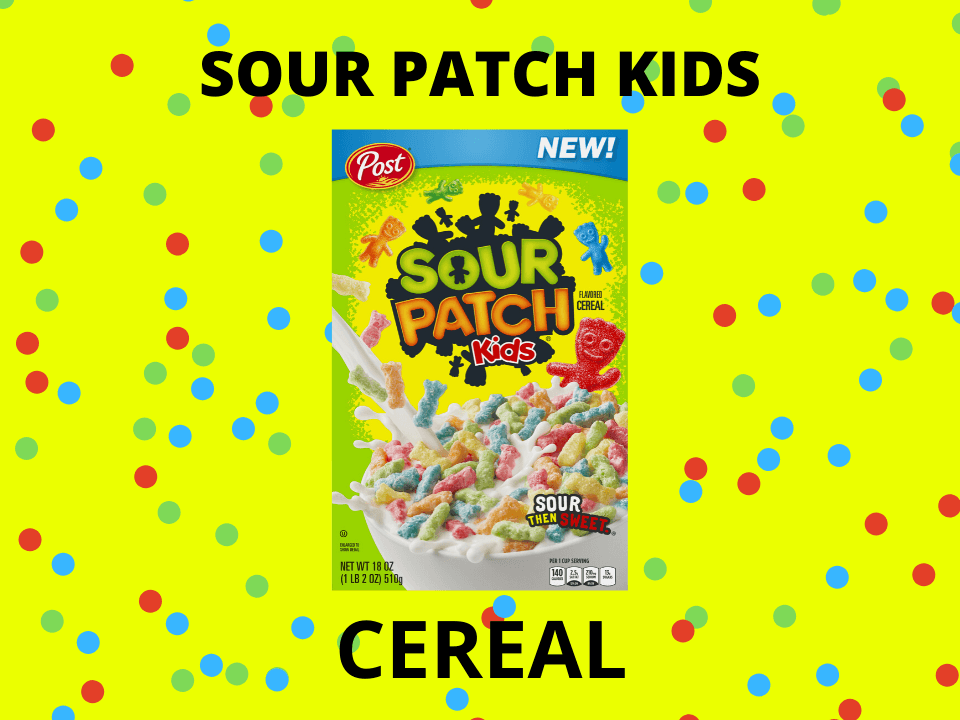 Yet another excuse for kids to eat candy for breakfast. Post did it again, this time with Sour Patch Kids cereal.

A lot of you will have mixed reactions to this cereal: from eagerness to try it to disgust and everything in-between. Regardless of your opinion, I present to you the following facts about Sour Patch Kids cereal that will surely make you pucker.

Every spoonful of Sour Patch Kids is 40% sugar. While a serving of this cereal is 40 grams, each serving contains 16 grams of sugar, all of which is added.

Thanks to ingredients such as sugar and corn syrup, each and every box is 40% sugar by weight. Not exactly the healthiest of breakfast cereals.

Just like the candy, the cereal contains little sour pieces in a rainbow of colors from red to blue. Post pulled this off by adding artificial colors to the cereal such as RED 40, YELLOW 5, YELLOW 6, and BLUE 1.

The original Sour Patch Kids candy flavors and colors include:

While each candy color has a distinct flavor, most people who have tried the cereal will claim that all colors taste the same.

If you have eaten Froot Loops/Trix/Fruity Pebbles, then you’re already familiar with the taste of Sour Patch Kids cereal. The big difference is a burst of sourness.

When tasting the cereal for the first time, a lot of people will rightfully explain that it tastes like candy. That’s a good start because I think that’s what Post was going for. 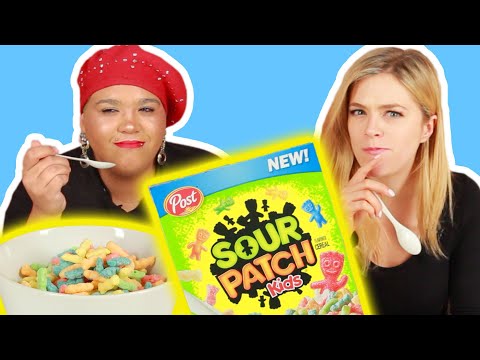 Similar to Trix and Froot Loops, Sour Patch cereal has a crunchy and powdery texture that is completely different from the candy. 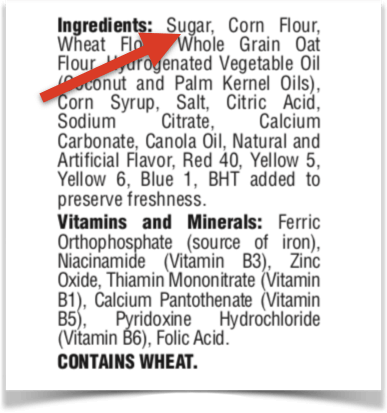 5) Not a Gluten Free Cereal

As you can see from the ingredients list above, Sour Patch Kids cereal is not a gluten free food thanks to ingredients such as wheat flour and probably whole grain oat flour. Post clearly states on the box that the cereal CONTAINS WHEAT.

I guess this isn’t surprising since Froot Loops and Trix also both contain wheat ingredients.

While kids and adults alike enjoy Sour Patch Kids candy, it’s quite obvious that Post markets the cereal to kids. On the back of the cereal box is a Mad Lib called A Sour Then Sweet Tale.

Additionally, on the side of box you’ll find a panel with other sugary cereals from Post like Oreo O’s and Nutter Butter that states “Try our other awesome cereal flavors!”

Of course, Post relies heavily on the established Sour Patch Kids candy brand to help the cereal sell itself. This is pretty much exactly what General Mills did with Jolly Rancher cereal, but maybe not nearly as successfully.

7) All the Buzz on Social Media

From National Cereal Day on March 7th to the frequent mention on Instagram and Twitter, Sour Patch Kids cereal is truly a buzz-worthy topic on social media.

On one hand you have kids already hopped-up on sugar who are exposed to tweets and posts about the cereal. Then you have those who see the cereal as borderline wrong including myself (I guess it’s better than eating the candy?).

In either case, this subtle controversy online and offline is good, hands-off marketing for Post.

8) As Much Sugar As a Glazed Dunkin’ Donut