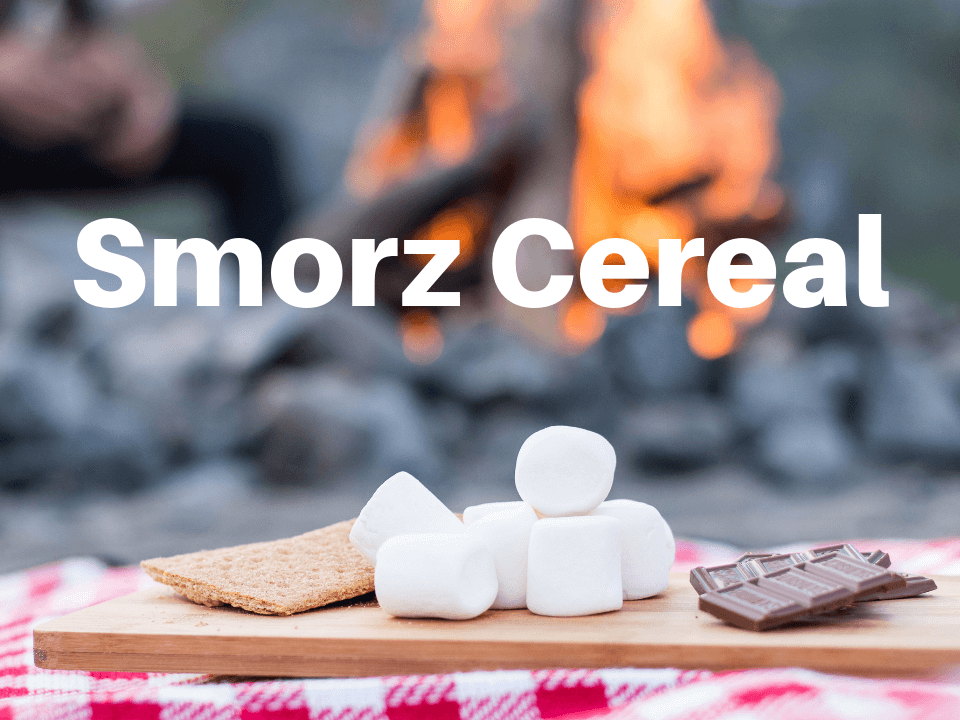 What’s better for breakfast than classic campfire S’mores? But unless you’re camping in the woods, it’d be quite hard to build yourself a S’mores in the morning. Well, that’s were Kellogg’s Smorz cereal comes into the pictures.

Here are 8 interesting facts about Smorz that you probably don’t know.

Smorz cereal was first released in 2003 by Kellogg’s. Based on the traditional campfire S’mores, this sugary breakfast cereal consists of rich chocolatey graham pieces with marshmallows.

After a decade of success, Kellogg’s discontinued Smorz in 2013. While most grocery stores cleared their shelves of the cereal, you could still find boxes of Smorz at discount and second-hand grocery stores if you were lucky.

3. Smorz Cereal Was Reintroduced in 2015 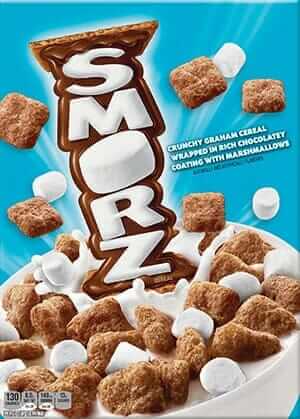 About two years after Kellogg’s discontinued the breakfast cereal, Smorz was reintroduced to grocery store shelves in December 2015.

At least until the time of this writing, Smorz cereal is available to buy at most large grocery stores in the United States. Smorz is also available online at retailers such as Amazon and Walmart.

4. Get Some Smorz… Indoorz TV commercial

In this dramatized TV commercial from 2003, Kellogg’s contrasts the hassle of making a traditional campfire S’mores with the ease of pouring a bowl of Smorz breakfast cereal.

The tagline for the commercial was “Get some Smorz… indoors” which enticed viewers to try this new Kellogg’s product. 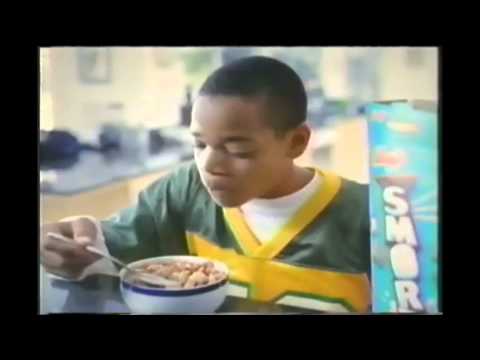 5. Bring the S’mores Experience Home to Your Breakfast Table

When Smorz were first released in 2003 by Kellogg’s, the first tagline was “Bring the S’mores experience home to your breakfast table”. This marketing campaign focused on the popular campfire snack called S’mores which consisted of a single toasted marshmallow and piece of a chocolate bar placed between two graham crackers.

Although S’mores are traditionally eaten warm, Kellogg’s attempted to recreate this taste in a crunchy graham cereal covered in rich chocolatey coating with marshmallows. 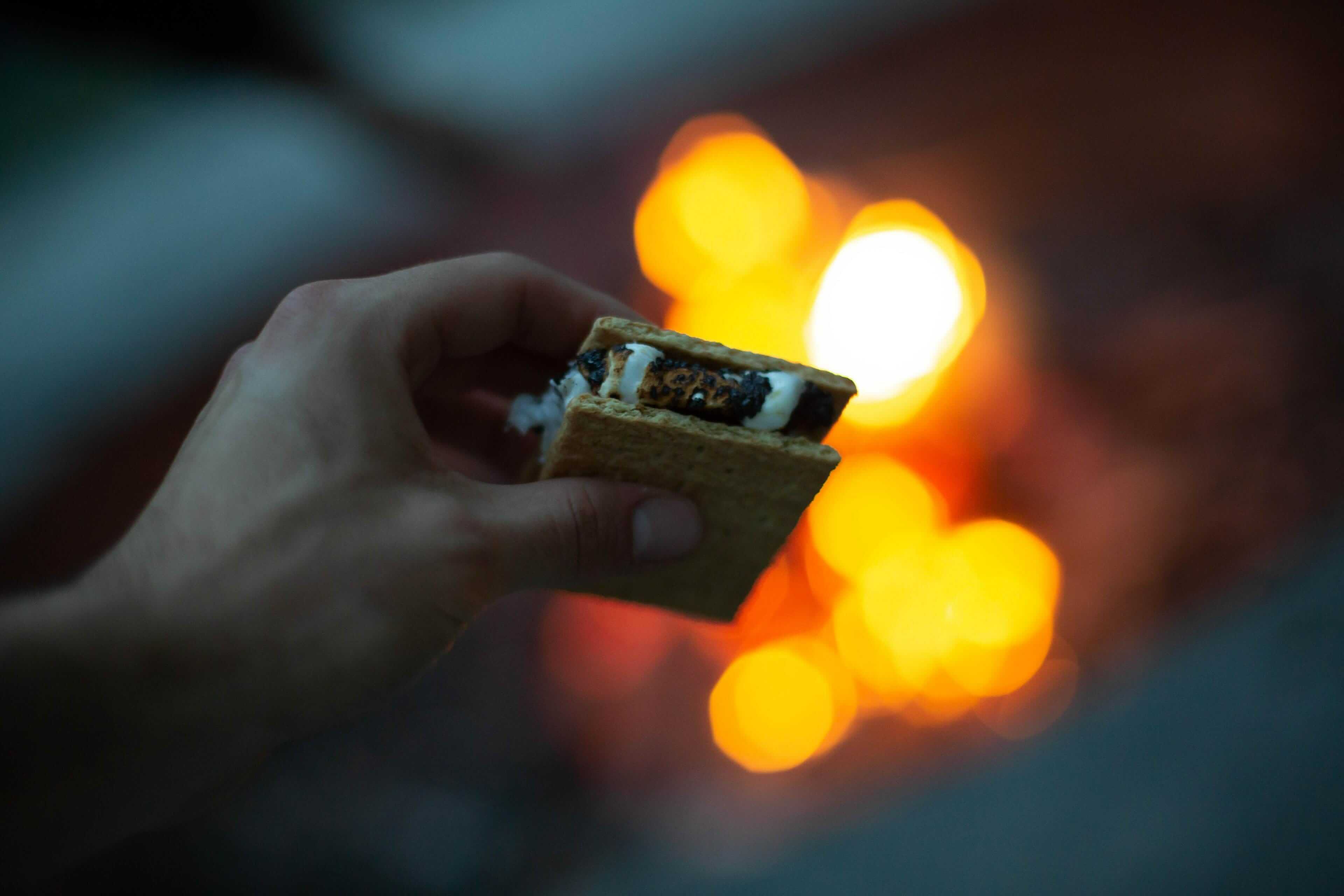 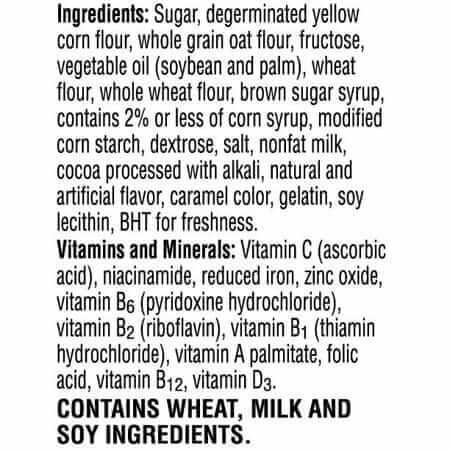 In addition, Smorz contains a bunch of added vitamins and minerals such as ascorbic acid, niacinamide, zinc oxide, and reduced iron.

No. Smorz contains wheat and soy ingredients including:

Therefore, Smorz cereal is not a gluten free food.

Smorz cereal contains A LOT of sugar. In fact, Smorz is over 40% sugar by weight. While a serving of the cereal is 31 grams, each serving consists of 13 grams of sugar.

That means that each spoonful of Smorz is 41.9% sugar thanks to ingredients such as sugar, fructose, brown sugar syrup, and corn syrup.

Are you a Smorz fan? Let me know in the comments below. I definitely like the taste, but tend to stay away from cereals with too much sugar in them. Considering Smorz has over 40% sugar by volume, I save it for a treat a couple times per year.