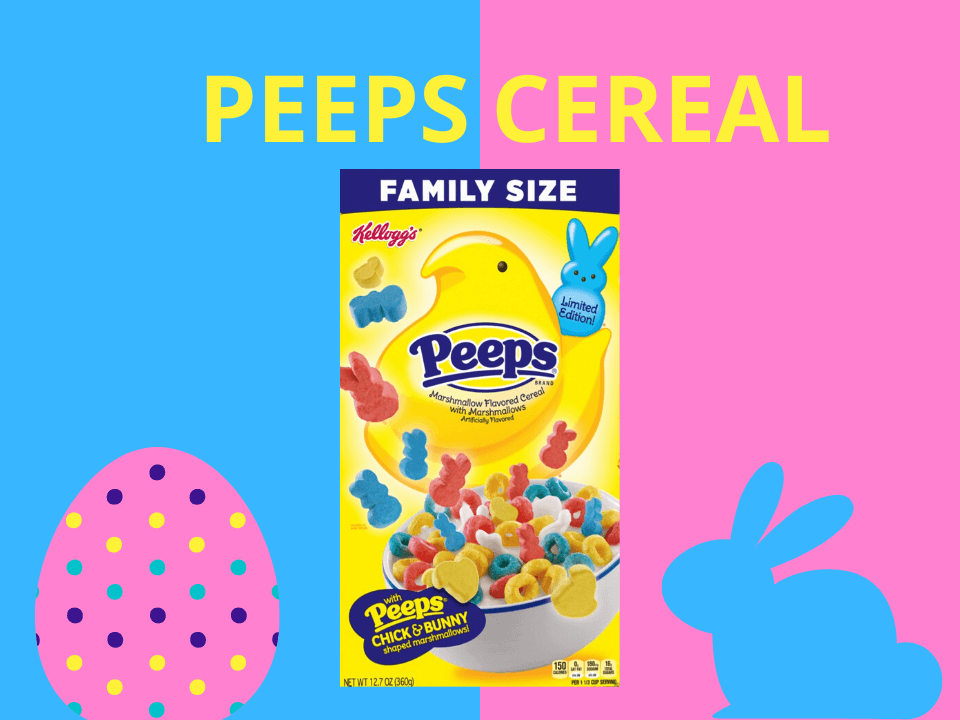 Wether you love it or hate it, here are 10 Peeps Cereal facts to chew on just in time for Easter.

1) One Bowl Has More Sugar Than Two Peeps

While your typical Peeps chick has over 6 grams of sugar, a bowl of the cereal contains 13 grams.

Now an entire 18.7 oz box of Peeps Cereal contains 234 grams of sugar. This is equivalent to approximately 36 Peeps candies.

If you don’t like marshmallows, then Peeps Cereal is probably not for you. “Marshmallow flavored cereal with marshmallows” is the description on the front of the box. 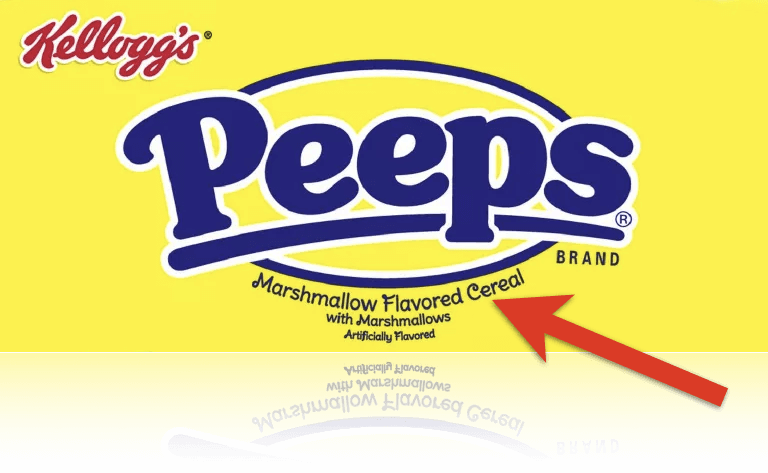 Under that, the box explains the cereal is artificially flavored. It’s too bad Kellogg’s couldn’t have used natural marshmallows in this cereal 😉

The internet was a buzz since January with excitement over the release of Peeps Cereal. Foodies and influencers alike took to social media as they discovered the cereal on the shelves of their grocery stores.

It’s funny because Easter isn’t until April 12 in 2020. I guess this maximizes the time Kellogg’s has to market the cereal (even though a few other holidays including Valentines’s and Saint Patrick’s Day happen before Easter).

Although the cereal rings look like Froot Loops, some people who have tried Peeps Cereal will tell you it doesn’t exactly taste like the candy. While it does have a distinct marshmallow taste, the texture is definitely different.

On the other hand, the marshmallows (which all taste the same) have a very similar in taste to Lucky Charms marshmallows. 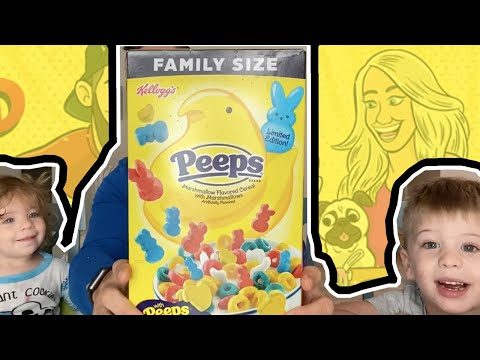 Nonetheless, a colorful box in combination with a sugary cereal is sure to be a hit in any family with children.

5) Tasty and Nutritious Addition to Any Meal or Snack?!?

This one really surprised me… on Kelloggs.com, Peeps Cereal is marketed as “tasty and nutritious”.

Not just for breakfast, Kellogg’s Peeps Cereal is a tasty and nutritious addition to any meal or snack on any occasion.

Okay, I’ll give them the tasty part, but definitely not nutritious. Just because you add a bunch of vitamins and minerals like ascorbic acid, pyridoxine hydrochloride, and palmitate doesn’t make the cereal nutritious. In my eyes, this cereal is essentially candy in a bowl.

While the 2019 version only had generic, plain white marshmallow bits, the 2020 version of Peeps Cereal now has chick and bunny shaped marshmallows. 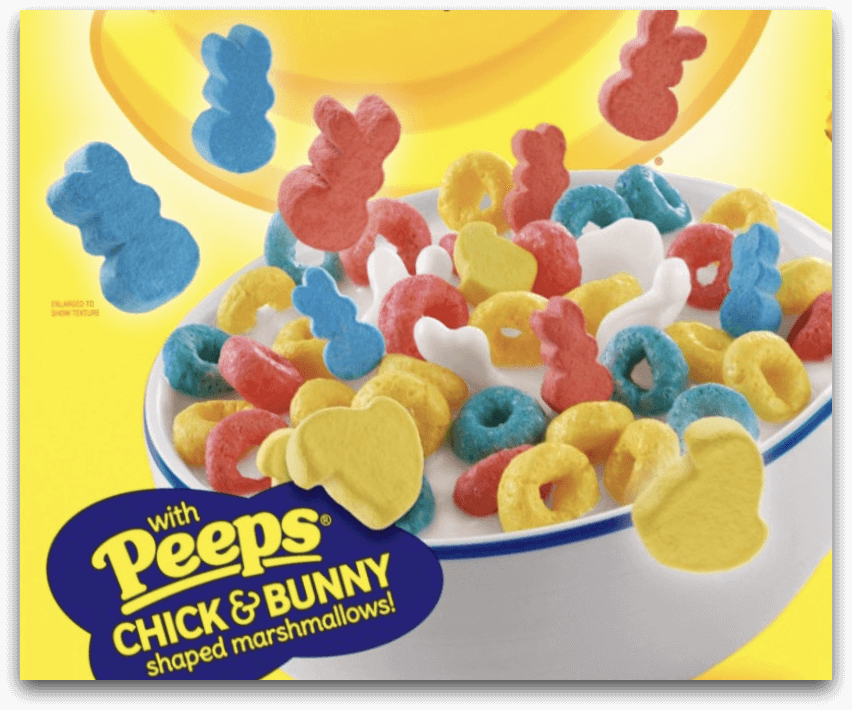 Introduced in 1953, traditional Peeps candy colors were yellow, pink, and white. It wasn’t until 1995 that other colors like lavender and blue were produced.

It surprised me to find out that Kellogg’s uses Annatto Extract Color which is derived from the seeds of the achiote tree.

Every spoonful of Peeps Cereal is nearly 45% sugar. While a serving of this cereal is 29 grams, each serving contains 13 grams of sugar, all of which is added.

Thanks to ingredients such as sugar, corn syrup, and dextrose, each and every box is well over 40% sugar by weight. Not exactly the healthiest of breakfast cereals.

While the candy is marketed as gluten free, Peeps cereal is definitely not. With ingredients like wheat flour and wheat starch, Kellogg’s explicitly has an allergens warning that the cereal contains wheat ingredients.