Inspired by the bestselling cookie in the United States, Oreo O’s Cereal is a classic chocolate breakfast cereal in America. After a decade of success beginning in 1997, Oreo O’s Cereal was eventually discontinued for nearly the same amount of time. While this chocolatey breakfast cereal ceased to exist everywhere outside of South Korea during this time, it’s now back on shelves worldwide.

Here are 9 facts about Oreo O’s Cereal that you probably didn’t know.

Those crunchy O’s with the familiar Oreo cookie taste and rich creme filling first hit grocery store shelves back in 1997. If it weren’t for an agreement between Post Cereals and Kraft Foods (the parent company of Nabisco), Oreo O’s may have never existed.

While Kraft Foods owned the rights to the Oreo name, Post owned the cookie cereal recipe. In order to market a cookie cereal under an internationally recognized brand name such as Oreo, the two companies joined forces and shared profits. 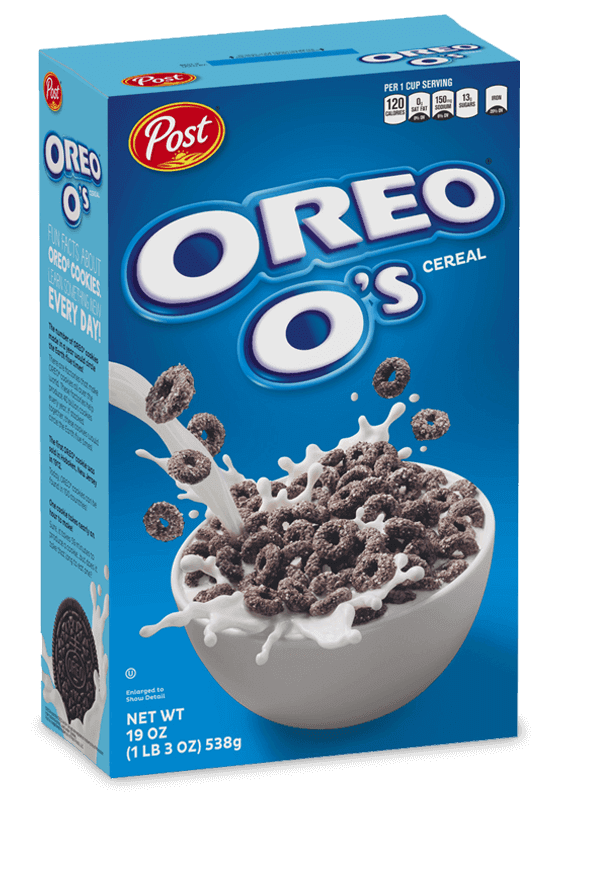 Post Cereals and Kraft Foods stopped production of Oreo O’s in 2007 when the agreement between the two companies ended. Due to a corporate deal that tarnished the co-branding contract, Oreo O’s were discontinued worldwide…except for South Korea.

3. For a Decade, Oreo O’s Were Exclusively Available in South Korea

Oreo O’s continued to be produced exclusively in South Korea after the worldwide discontinuation of the cereal in 2007. This was possible because Dongsuh Foods had the rights to produce Post Foods cereals in South Korea.

During this time, you could purchase Oreo O’s online through eBay and have it shipped internationally for no less than $10 a box.

4. Oreo O’s Cereal Has Nearly as Much Sugar as 3 Oreo Cookies

A serving of Oreo O’s Cereal has almost as much sugar as three Oreo cookies—13 grams of sugar per 1 cup serving. Not only does Oreo O’s contain sugar, but it also contains corn syrup and high fructose corn syrup.

Not exactly a healthy breakfast cereal considering all that sugar.

In 2001, Post released a variation of Oreo O’s called Extreme Creme Taste Oreo O’s with marshmallows made of Oreo cream filling. This gave the chocolate cereal a more rich and creamy taste.

Despite this, Post decided against including marshmallows in the 2018 rerelease of Oreo O’s.

As a market test, Malt-O-Meal Cereals began selling an off-branded version of Oreo O’s in 2017. The trademarked name Oreo wasn’t included on the packaging but instead it was simply called Cookies & Cream. Packaging was in a bag rather than in a box. 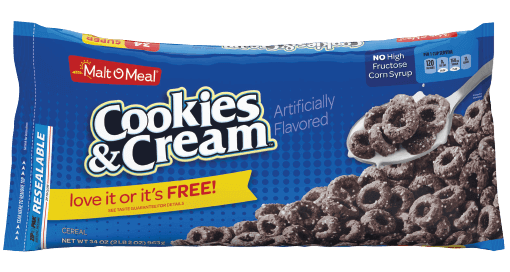 After a successful market test, Post and Nabisco announced that they will once again produce Oreo O’s cereal worldwide.

With its original 1997 recipe, Oreo O’s cereal hit the shelves of Walmart on June 23, 2018 as a Walmart exclusive product for the first few months. As of 2018, Oreo O’s are now available in most grocery stores worldwide.

You can spot Oreo O’s in movies and television such as Daddy Day Care and many episodes of Friends.

Although Oreo O’s cereal doesn’t explicitly contain any wheat ingredients, gluten may still exist in the cereal from other ingredients. Additionally, if the facility also produces gluten-containing products, trace amounts of gluten may be present in the cereal.

Because Post doesn’t market it as gluten free, those with a sensitive gluten intolerance should probably stay away from this cereal. 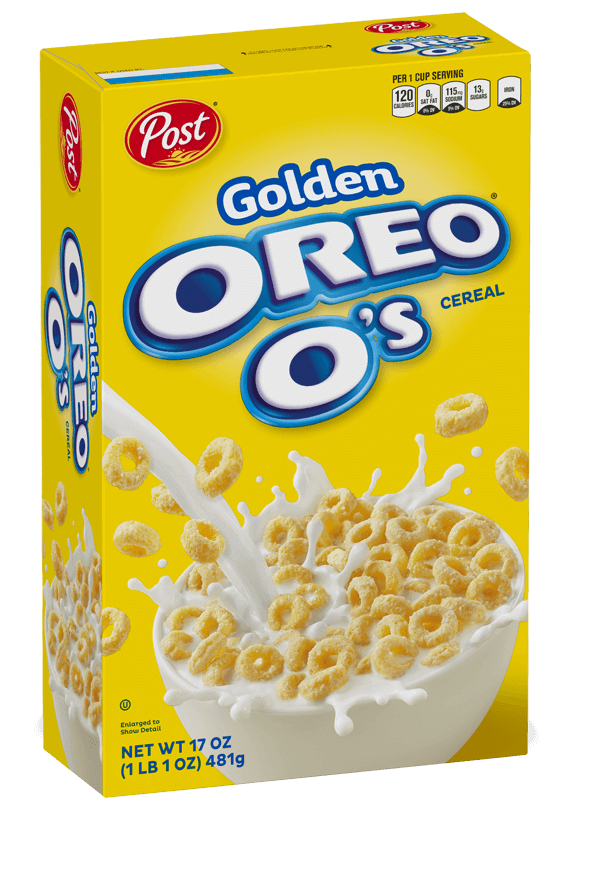 With just as much sugar as the original Oreo O’s, Post also makes Golden Oreo O’s Cereal based off of Golden Oreo cookies. Rather than a chocolate cookie taste, Golden Oreos cereal tastes of vanilla with the same rich, creme coating.

So I want to know— do you like it, love it, or hate Oreo O’s? Let me know in the comments below, and check out some of my other cereal blog posts here.