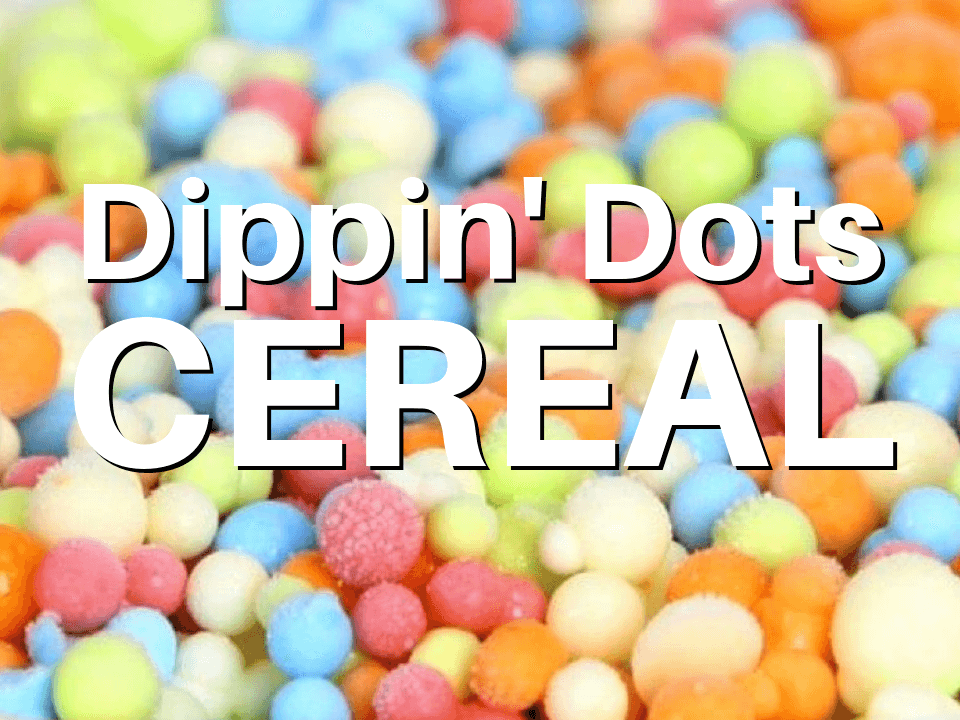 In a tasty collaboration between the ice cream brand of the future and a classic cereal company, Dippin’ Dots and General Mills teamed up to create two new ice cream inspired breakfast cereals. While the ice cream and cereal are both little balls eaten out of a bowl with a spoon, most will say that they don’t exactly taste alike.

Learn about Dippin’ Dots cereal below including flavors, nutritional information, where to buy, and more.

In June 2018, 30 years after its founding in 1988, Paducah, Kentucky-based Dippin’ Dots teamed up with General Mills to release two new lines of breakfast cereals. While the cereals were exclusively available at Walmart for $3.64 a box, other grocery stores now carry it.

While Dippin’ Dots has dozens of ice cream flavors, the two most popular are Banana Split and Cookies ‘n Cream. Thus, it makes perfect sense that these flavors were chosen for their breakfast cereals.

As it states on the box of cereal, Dippin’ Dots is made of naturally and artificially flavored sweetened corn and oat. While I’m not sure what the legality of a cereal box descriptions is, this doesn’t sound too much like it would taste like ice cream to me.

4. The Today Show Host Hoda Kotb Is “Kind of Into It”

DippinDots.com used to proudly publishes on their website that Hoda Kotb, a host of The Today Show on NBC, is kind of into Dippin’ Dots cereal.

What Dippin’ Dots didn’t publish on their website is the fact that Hoda also says:

You can watch a clip of Hoda Kotb and Jason Kennedy on The Today Show where they try Dippin’ Dots cereal here.

5. Dippin’ Dots Cereal Is Around 33% Sugar By Volume

Ice cream inspired cereal must be ridden with sugar, right? With ingredients such as sugar and corn syrup, it’s no wonder that this cereal has nearly 33% sugar by volume.

One serving of Cookies ‘n Cream cereal is 32 grams while each serving has 10 grams of sugar. This means that each spoonful of this cereal contains 31% sugar by volume.

While both flavors of Dippin’ Dots cereal are generally made up of the same major ingredients, they do differ a bit. 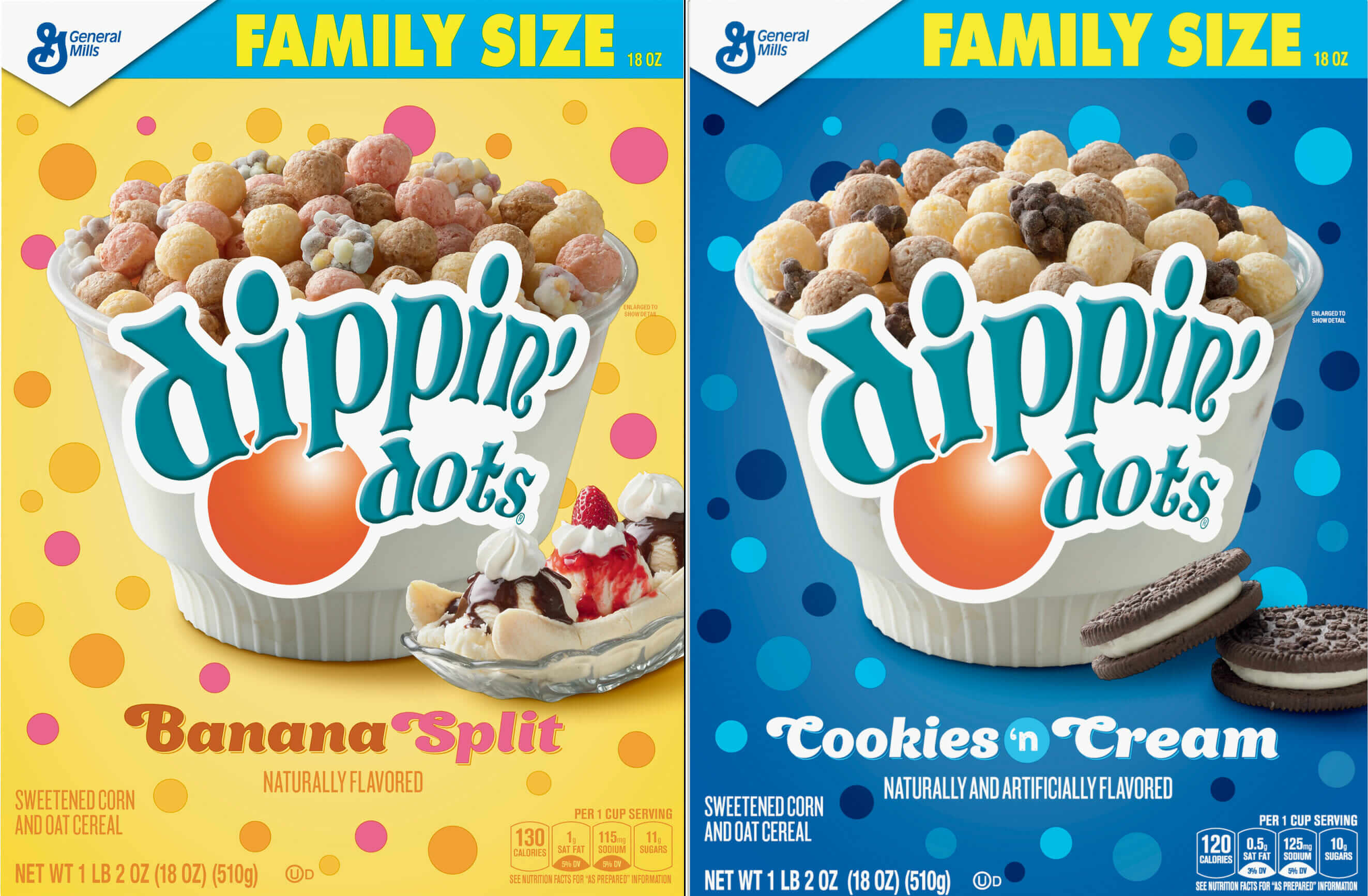 Although Banana Split Dippin’ Dots doesn’t explicitly contain any wheat ingredients, gluten may still exist in the cereal from other ingredients. Additionally, if the facility also produces gluten-containing products, trace amounts of gluten may be present in the cereal.

On the other hand, Cookies ‘n Cream Dippin’ Dots explicitly states on the box below the ingredients list that it contains wheat in the form of wheat flour.

Because General Mills doesn’t market it as gluten free, those with a sensitive gluten intolerance should probably stay away from these cereals.

Are you a Dippin’ Dots fan? Let me know in the comments below if you dig their cereal. Although I’m a huge fan of Dippin’ Dots ice cream, I’m reluctant to try the cereal.